A young pumpkin wants to escape the patch and deliver itself to a porch before October! Collect candy and blast through the halloween world to find the gourds home.

Gourd Getaway is a 3D-platroller about a pumpkin eating candy and growing up into a Jack-O-Lantern. It is published on itch.io. Gourd Getaway was created for the 2020 Jam-O-Lantern.

Gourd Getaway was created for the 2020 Jam-O-Lantern. Unlike most other game jams, Jam-O-Lantern had an abudence of composers and sound designers. The game had 3 composers and me. The composers did a really good job working on each of their peices, while I made the game for the songs to go in.

I was the lead dveloper on this project. Taking care of all parts of the games development beyond the sound and a the candy models. Most of my time spend on the project was spent level designing (8 levels in total.) Of course, programming was also a large degree of work, but I kept the code scope down to make sure the desgin had the focus. The other major part of the work was in animation. There's two custom cutscenes in the game which I managed the animation on along with the models used in the animations.

The game took a week to make.

The first few days we're spent perfecting the pumpkins movement stystem (more about that below.)

The rest of the time was spent making the levels. Each level started from a hastily drawn sketch in my notebook and was implemented into the game with a set of basic building block elements that I built in Blender. I didn't have time to really conceptualize the meaning or progression of the levels, but I tried my best to increase the complexity of each level as you went along. The hardest level is level seven, which was made in the later stages of development once I really understood how this gourd got around.

In the middle of level design I also felt the need to animate a cutscene for shooting the pumpkin off in a cannon (a nod to the sport of pumpkin chuckn) and a ending screen wishing the player a Happy Halloween. I don't claim to be an animator, but I was still proud of the work I did for these two scenes, along with the sqush and strect of the pumpkin when it hops into the air. 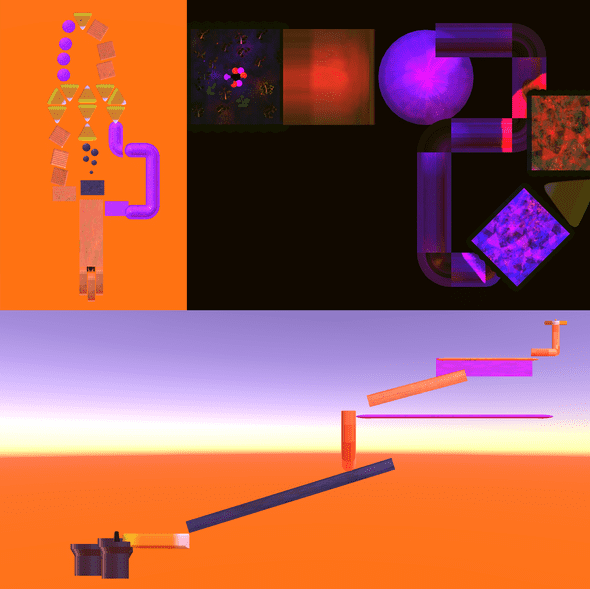 There were two major things that I learned in making this project.

This might not be the largest thing, but this is the first 3D thrid person game I've made. As the programmer on the team I had to put together all the features needed for a 3D platformmer. That took 2-3 days to do, along with a particually busy week of school work. The jump and camera were the two biggest puzzles. Although for the camera I just went through a tutorial to get it configured the jump took much more effort to get right. To combine both repsponsive control and compeling animation I had to rethink how I build character object in Unity. The whole thing taught me how to get a project going.

As you can see from this portfolio, although I have touched many parts of game development I've tried to keep a ten-foot pole between me and anything realtated to audio, partiucally composition. I know my strenghts and music and sound has never been one. However, for this project I had to shorten my distance to the audio team. We had three composers and a sound designer, all of whom wanted this game to be something they can show off.

For that goal, it was decided to Wwise to manage the audio. I agreed but was daunted. I've spent years working on my skills in game dev programs. I opened my first game engine in 8th grade and I still feel like I've not learned even the start of stuff what you can. I like to give myself room to expriement and play around in new tools, that's how I reach mastery. That was not an option in the week we had, I had to learn Wwise and I had to learn it fast. Unlike moving to different game engines or image editing where I have a basic knowledge of terms and ideas I was dropped into the very unknown world of audio engeneering. On the first day of downloading the software I was sure I would fail. It was simply too much in too little time.

However, I kept reading documentation and looking at tutorials. By day three we had the sounds dyanmically playing in the game. On day five I remade our sound effect system after a source control error. It was honestly scary, but I learned Wwise to the level needed in the game in about 5 days. 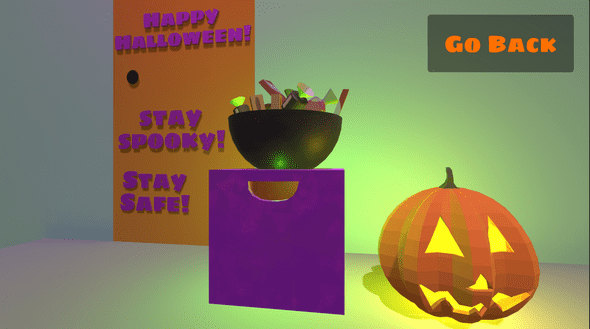